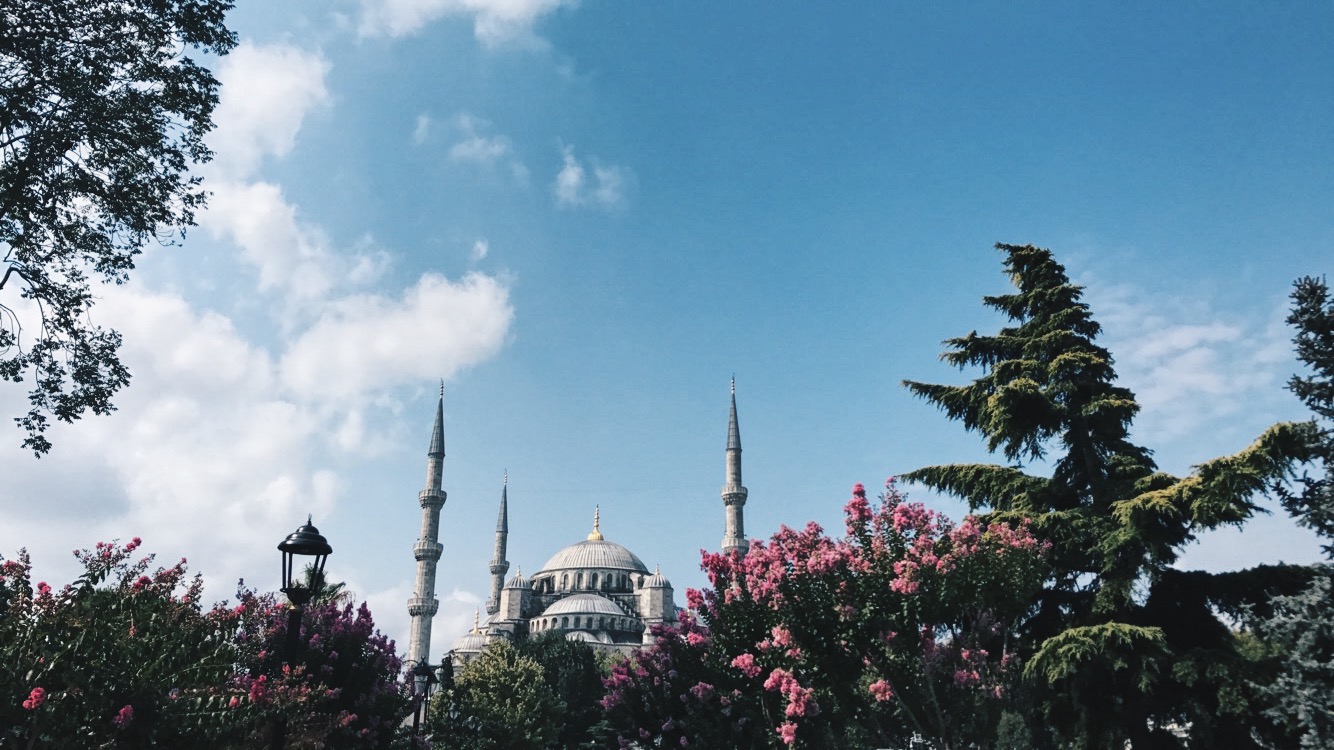 Being a Muslim in the 21st century

Being a Muslim was never easy. Throughout the centuries, from the beginning of our history, we had a very difficult life. Not because of what the Holy Quran says. Not because of what we should or shouldn’t do. It was and is still because of the people talking about us. People who try to make us to bad people. Try to equate us with the words “bad”, “evil” and even “terrorists”.

And still, Islam is one of the biggest religions worldwide. Although we are confronted by the media day by day. I love my religion and I try to live it appropriately. And I can assure you that there are so many other Muslims who think as I do. I’m not talking about the ones, who dare to utter our Almighty’s name and after that murdering people. I’m not even saying that they are Muslims. Because who lives and admires our Religion would never do such a sin. No, I’m talking about the ones who really want to go the right path. Who are willing to give up daily things, like drinking alcohol, partying, etc, because the reward in Paradise is bigger. And I can only say: People like that earned my respect. People like them are the real role models. This has only one reason: Because we live in the 21st century.

A Muslim is surrounded by every possible sin. Be it the night out with friends, which is not bad at all. But often, you can’t overcome the fact that everywhere is alcohol. Or be it that friends already had the special act of two lovers, but you’re still waiting for marriage. And even if there’s no offense, they still can’t and won’t understand you. Not to mention that even the clothing has changed. People wear skinny jeans and crop tops. They like to show their bodies, which is not a part of Islam. We as Muslims like to show less than everyone else. It’s normal that only family members, the spouse and female friends are allowed to see you without the scarf and wide clothes. But other’s just won’t understand and begin criticizing.

“You only can see what I allow you to see. Now, that is freedom.” And that does not only apply to Hijabis and Muslims but for everyone. Female and male. Young and old. Muslim, Christian, Jewish and everyone else. Especially in a democratic country like Germany. We are allowed to be the ones who we want to be. “Every person shall have the right to free development of his personality insofar as he does not violate the rights of others or offend against the constitutional order or the moral law.” (Art.2 Abs. 1 GG). Nevertheless, we still have “haters” on a daily basis.

One day, my best friend and I went to the city. We wanted to go shopping like normal teenagers would do. While we were waiting for the train, we talked about some things. Apparently, I’ve said “future perspective” a bit too loud, but in another context. The woman near us came over and said: “Well, with that scarf on your head, you won’t have a future perspective at all”. Period. You know, I didn’t quite understand what she said because she was definitely a foreign person. She had a strong accent and because she didn’t come near me, only my best friend understood. After we got on the train, I asked her, what the woman was saying, and she wasn’t quite sure whether to tell me or not. She herself does not wear the hijab.

This is not a single case. This happened to me way too often. The thing is: It’s not only me. Other people experience this, too. There are old grannies, who are not able to defend themselves (Which I experienced, too). If people with courage are not nearby, it can happen that people without courage get intimidated or even harmed. I’m glad that my friend and I were at the right place at the right time when another man tried to harm the old woman with hijab at the bank. And I’m even more glad that there were some helpful people, who came to help us, too.

Because no matter how many people hate us Muslims, there are double of who see us as just another human being. A human being who should be respected, like every other person should be too.

As I said, being a Muslim, living according to the Holy Quran and the Hadith, is not easy. There are many temptations and people who make your life more difficult. But at the end, the beauty of Islam weights more than the problems. If you have a deep love for what you really believe in, you can accomplish everything. Everything comes with risks. But Islam is nothing but love. It’s nothing but beauty and enlightenment. I love my religion and with every person who hates it, the love grows more. That’s the power, ALLAH gave me. And that’s the patience I must have, and I will have. The destination has such a big value: Difficulties ease, just by believing. That’s what Islam thought us.